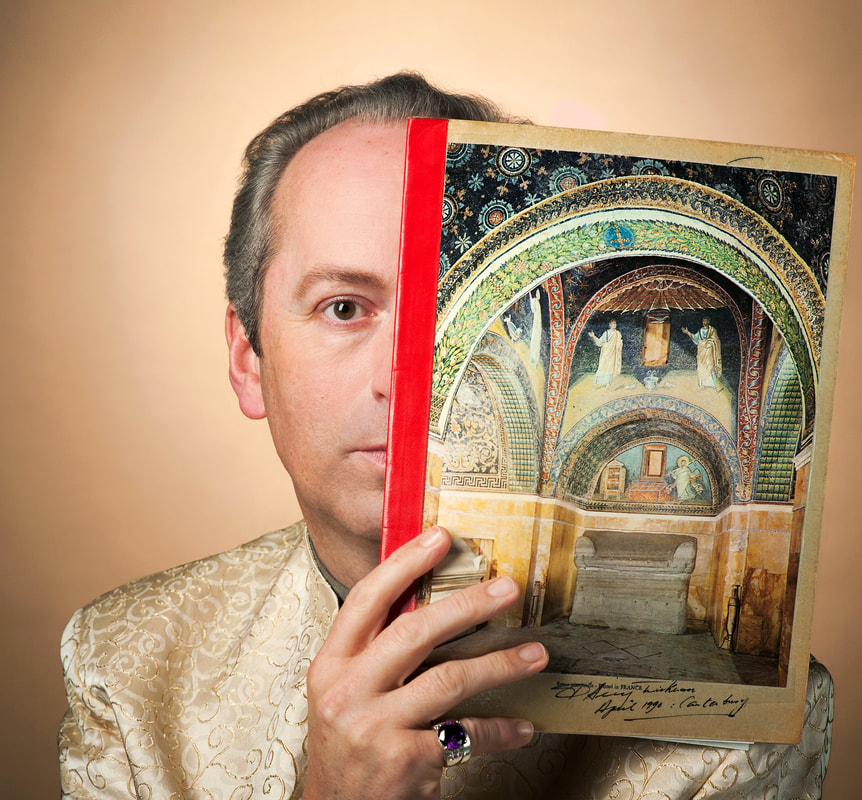 The illustrious musician D’Arcy Trinkwon is one of the outstanding artists of his generation,
​whose fervour and passion embody that of the true Romantic virtuoso in the service of their art.
He is also one of the few organists who has followed their career solely at the organ.

"His splendid, but nevertheless subtle virtuosity combined with considerable artistic integrity
to demonstrate that he is one of the really great artists of his genre.”
MUNICH MERKUR
​

​“Trinkwon’s sartorial flamboyance... is almost determinedly at odds with his demeanour when playing;
he is focused, facially undemonstrative, and utterly commanding."
MUSIC WEB INTERNATIONAL

A musician of scholarship, he combines an intuitive sensitivity for the organ with an encyclopaedic knowledge of his craft, and he commands one of the most extensive repertoires of any artist before the public - a part of which is reflected in the unparalleled scope of his YouTube channel.

Respected for his dedication to the organ as a concert instrument as much as his independence of spirit, he has devoted his career to revealing the beauties (and mysteries) of the organ and its music to as wide an audience as possible without musical compromise and with a sense of occasion befitting the 'King of Instruments'.

"The supremely gifted organ virtuoso D’Arcy Trinkwon...
​His subtle yet magisterial command of the instrument was spell-binding:
he knows no technical difficulties ​and his playing was in total accord.”
THE ORGAN​

​"So much infectious joy radiates from his performance that purists could suffer severe pangs of guilt."
ORGANISTS’ REVIEW
​
"Phenomenal virtuosity."
ROSALINDE HAAS
​

Greatly inspired by Demessieux's legacy and remarkable playing since first being drawn to the organ, D’Arcy has also contributed greatly to the renewed interest in her compositions.  In 1994 he gave the first complete performance of her famous Six Etudes (other than the composer herself  and her pupil Pierre Labric).  ​Subsequently he has given numerous performances and remains one of a handful
​of organists to have played the set complete in concert.

Many performances of her works - including some of the Etudes - 4 can be heard in several versions of his performances on his YouTube channel.

For full details see MEDIA page
﻿“Music is a moral law. It gives a soul to the universe, wings to the mind, flight to the imagination, a charm to sadness, and life to everything.
It is the essence of order, and leads to all that is good, just and beautiful, of which it is the invisible,
​but nevertheless dazzling, passionate, and eternal form.”
PLATO

“To send light into the darkness of men's hearts - such is the duty of the artist.”
SCHUMANN

"A musician cannot move unless he too is moved."
C. P. E. BACH

"Every composer and musician writes and makes music in the very likeness of himself."
HINDEMITH

“To be able to grasp the substance of the music itself is to be willing to begin a never-ending search.”
DANIEL BARENBOIM