PLEASE NOTE
The following text is for this website only: promoters requiring an appropriate biography should request one. 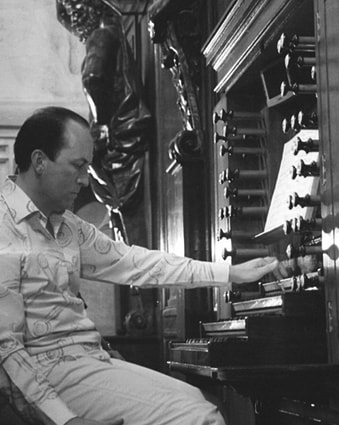 ​Performing recitals, concertos, radio and television broadcasts in concert halls, cathedrals, and churches worldwide, D'Arcy  has been a regular performer at international festivals and celebrity series from London to Edinburgh, Paris to Salzburg, Berlin to Münich, Oslo to Ghent, Buenos Aires to Los Angeles, Copenhagen to Montevideo etc.

Current programme details are listed on the CONCERTS page.

​Press features & articles include   Click on each image  to see article
​“Ideas should be neutral. But man animates them with his passions and folly. Impure and turned into beliefs, they take on the appearance of reality.
The passage from logic is consummated. Thus ​are born ideologies, doctrines, and bloody farce.”
​CIORAN

​
D’Arcy demonstrated a prodigious talent for the graphic arts from earliest childhood; he began piano lessons at the age of four.
​Head Chorister at Canterbury Cathedral, he subsequently studied in London, the Royal Northern College of Music, Manchester, and Paris; his teachers and mentors were Allan Wicks, H. A. and Jennifer Bate, Jane Parker-Smith, Jean Guillou and Odile Pierre.
​
His own teaching has included coaching, masterclasses, ​and ​examining at conservatoires and colleges at home and abroad.
​He has for some years taught at Oxford.
​​​
"Sooner or later you will recognise that complete freedom does not exist. Do not give in to pure fantasy, nor to current fashions.
One cannot pursue an ideal without disciplining oneself – that is as true in art as in science. Do not worry about being original:
​that desire is nothing but an intellectual flirtation, for the originality of great artists is unconscious.”
MARCEL DUPRÉ
​
​
​
﻿“What all artists ought to hold as indisputable – a law that binds them all –  is that there is no true art without reflective thought and purpose.”
WIDOR ﻿

"As we acquire more knowledge, things do not become more comprehensible but more mysterious."
SCHWEITZER